What does non-linear consumption mean?

What is linear television?

The first thing to understand is what linear television means. It’s quite simply the way we use and consume television. You’re sitting in front of your television, watching programmes, films and series which are scheduled by the TV channels. That’s the conventional and the most usual way of watching TV.

There has, however, been a sea-change in how we watch television over the last few years, due to the digitalisation of our environment, and this has led to non-linear consumption.

What is non-linear consumption?

It means that we have stopped watching TV in the order set out by broadcasters and are switching to a different form of consumption, such as Catch up, live video broadcasts or VOD (Video On Demand). It’s not just the time at which we choose to watch a programme which has changed, but also what we watch it on as we’ve now got the choice between our smart phone, tablet and our computer, in addition to the TV. We’ve taken over control of our consumption pattern – we choose what we watch, where we watch it and how we watch it.

Non-linear consumption has taken over from linear TV watching and all the major channels offer the possibility to catch up or to order VOD or even watch programmes that are not broadcast on the regular TV schedule. Some channels also offer live streaming of events such as football matches.

Networks such as Netflix and Amazon Prime Video have been major drivers of this switch to non-linear watching and they’re the preferred viewing choices of many people as they offer such a huge range of programmes. According to Make It Digital, 7 out of 10 French people prefer non-linear viewing, a figure sure to scare the pants off linear TV channels. 52% of French people, though, think that conventional TV is not about to disappear and only 19% think it will eventually be replaced by Internet. 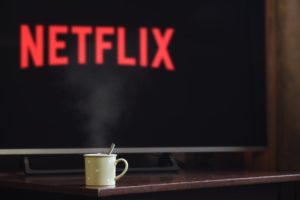 A boon for advertising?

This phenomenon has had a huge impact on the advertising market, and especially on targeting. Non-linear viewing offers channels and advertising networks the opportunity to perform precise targeting of consumer desires and needs through location and personal data, for example, which is something that couldn’t applied to TV as there was no segmented advertising until mid-2020. Advertising agencies have also had to make considerable changes to their approach and have had to come up with increasingly innovative content to capture consumer attention. This is no easy job, when you consider that ubiquitous as advertising is in our daily life, especially with the advent of digitalisation, consumers, tired of this invasion, are becoming increasingly hard to convince. The watchwords for a successful digital campaign are creativity, innovation and understanding and anticipating purchaser desires.